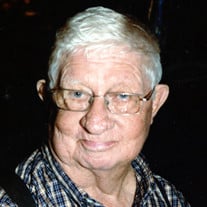 Mr. Aaron Lynn Hulsey, 82 of Rockmart, GA passed away, Friday, September 25, 2020 at Floyd Medical Center in Rome. He was born August 22, 1938 in Paulding County, GA the son of the late Mr. Cleveland Hulsey and the late Mrs. Minnie Lou Hayes Hulsey. He was a 1957 graduate of Rockmart High School. He was retired as a Master Sergeant from the United States Marine Corps with 26 years of service. While in service as a Marine, he was involved in the Vietnam War, in the Philippines, Iran and Granada. After his retirement, he worked for Georgia Power and retired after 15 years of service. In addition to his parents, he was preceded in death by his brother, Darrell Hulsey; sisters and brothers-in-law, Jane and Seaborn Brown, and Jean and Ricky Sisson. Survivors include his wife, Mrs. Lucy Catherine Flippo Hulsey of Rockmart; step-son, Francis John Doutt of PA; sister and brother-in-law, Faye and Carlton Foster of Huntsville; brothers and sisters-in-law, Joseph and Cheryl Hulsey of Powder Springs and Jimmy and Gladys Hulsey of Rockmart; sister-in-law, Arlene Hulsey of Rockmart; 2 step-grandsons, Kyle and Kenny Doutt; and a number of nieces and nephews also survive. The family will receive friends in the Chapel of Freeman Harris Funeral Home Tuesday, September 29, 2020 from 6:00 PM until 8:00 PM. Funeral services will be conducted Wednesday, September 30, 2020 at 2:00 PM from the Chapel of Freeman Harris Funeral Home with Rev. Brad Walker and Rev. Colt Deems officiating. Interment will follow in Rockmart Memorial Gardens with Military Honors provided by the United States Marine Corps Honor Guard. The following gentlemen will serve as pallbearers: Andrew Baker, Alex Baker, Duane Knight, Richard Stokes, Shaun Haney, Matt Daniels, Mark Forsyth, john Forsyth, Chris Hulsey and Josh Hulsey. Honorary escorts will include Lamar Hayes and Roger Gibson. The family request that flowers be omitted and donations be made to the Wounded Warrior Project, P.O. Box 758516, Topeka, Kansas, 66675-8516, 1-855-448-3997 or www.woundedwarriorproject.org or the charity of your choice. Freeman Harris Funeral Home of Rockmart is in charge of the arrangements for Mr. Aaron Lynn Hulsey

The family of Mr. Aaron Lynn Hulsey created this Life Tributes page to make it easy to share your memories.

Send flowers to the Hulsey family.