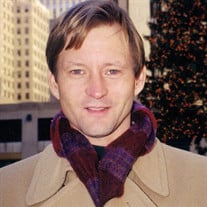 Mr. Charles Edward “Chuck” Pinkard, Jr. age 54 of Cumming, Georgia passed away Tuesday, March 22, 2016 after an almost 7 year courageous battle with brain cancer. Chuck was born July 13, 1961 in Fort Walton Beach, Florida, son of Charles Edward Pinkard, Sr. and Barbara LeGrande Pinkard. He was a graduate of the Rockmart High School Class of 1979 and earned his BS in marketing from Jacksonville State University in 1984 and his J.D. from the Atlanta Law School in 1993. He was a former member of the Rockmart City Council and was an attorney for the State Farm Insurance Company. Chuck was a member of the Fairview Baptist Church of Rockmart and was presently attending North Point Community Church of Alpharetta. Chuck was an avid golfer and key member of the golf teams of Rockmart High School, John C. Calhoun Community College and Jacksonville State University. While in college, he was awarded Honorable Mention All-American Golfer. Chuck won many golf tournaments throughout the southeast and in 1986, he was the runner-up for the US Mid-Amateur Championship. His greatest joy was spending time with his family. Survivors include his wife, Susie Smith Pinkard to whom he was married August 18, 1985; son, Charles Edward “Charlie” Pinkard, III; daughter, Suanne Catherine Pinkard all of Cumming; parents, Charles and Barbara Pinkard of Rockmart; sister and brother-in-law, Susan and Rick Crawford of Rockmart and their children, Janae and Parker. Funeral services for Mr. Pinkard will be held on Thursday, March 24th at 1:00 p.m. at North Point Community Church of Alpharetta with Rev. Calvin Brown officiating. Funeral graveside and interment services will be held on Friday, March 25th at 3:00 p.m. in the family lot of Rose Hill Cemetery of Rockmart with Rev. Calvin Brown and Rev. Larry Davis officiating. The family will receive friends at the funeral home on Friday prior to the graveside service from 1:00 p.m. until 2:30 p.m. The following gentlemen have been asked to serve as pallbearers: Anthony Robinson, Preston Herring, Mitchell LeGrande, Bobby Renshaw, Edward Smith, Frank Smith and Michael Smith. Honorary pallbearers will be Rick Crawford, Parker Crawford and James Duggan. Freeman Harris Funeral Home is in charge of the funeral services for Mr. Charles Edward “Chuck” Pinkard, Jr.

The family of Mr. Charles (Chuck) Pinkard, Jr. created this Life Tributes page to make it easy to share your memories.