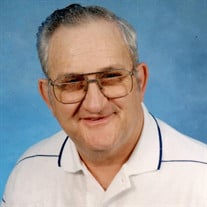 Mr. Dewey Felton Brown, age 82 of Rockmart, passed away Sunday, March 24, 2019. Mr. Brown was born June 1, 1936 in Dublin, son of the late Walter Ellis Brown and the late Francis Camp Brown. He was a 1954 graduate of Laurens County High School and a veteran of the United States Army 101st Airborne Unit having served during the Korean Conflict. Mr. Brown was a faithful member of the Victory Baptist Church and retired from the Georgia Power Company with over 34 years of service. He enjoyed cooking, fishing and camping, but most of all he loved his family and church. In addition to his parents, he was preceded in death by a grandson, Cody Singleton. Survivors include his wife of 60 years, Julia Myrtle Moody Brown, to whom he was married February 17, 1959; three children, Terry and Doug Singleton, Sr. and Bennie and Teresa Brown all of Rockmart and Robbie and Donna Brown of Glasgow, Kentucky; eight grandchildren and thirteen great-grandchildren. Funeral services for Mr. Brown will be held on Wednesday, March 27, 2019 at 2:00 p.m. in the Victory Baptist Church with Rev. Barry Snapp officiating. Eulogies will be given by Mr. Doug Singleton, Jr. and Mr. Melton Moss. Interment services will follow in the family lot of Polk Memory Gardens with American Legion Brown-Wright Post 12 Honor Guard in charge of military graveside rites. Mr. Brown will lie in state at the church on Wednesday prior to the service from 12 noon until 1:30 p.m. The following gentlemen will serve as pallbearers: Kirt Sproull, Steve Roberts, Bobby Helms, Michael McGee, Joey Saxton and Torey Wright. Honorary pallbearers will be: Gene Parker, Larry Conner, Gary Camp and Tony McGraw. The family will receive friends at the Victory Baptist Church on Tuesday, March 26, 2019 between the hours of 6:00 and 9:00 p.m. Freeman Harris Funeral Home is in charge of the funeral services for Mr. Dewey Felton Brown.

The family of Mr. Dewey Felton Brown created this Life Tributes page to make it easy to share your memories.

Send flowers to the Brown family.