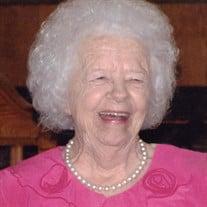 Mrs. Dorothy Brittain Hindmon Paulk, age 86 of the Fish Creek Community, Cedartown, passed away Monday, February 26, 2018. Mrs. Paulk was born October 20, 1931 in Aragon, daughter of the late Ruby Hindmon Brittain and the late Otis Brittain. She was also preceded in death by an aunt and uncle by whom she was raised, Mary and Bill Swift. She had been a member of the Bethel Crossroads Baptist Church since 1970. Mrs. Paulk retired from the Goodyear Tire and Rubber Company in 1984 with 26 years of service and enjoyed being a greeter at the Cedartown Walmart for 8 years. She also enjoyed her family and loved to cook. She was preceded in death by her husbands, Robert H. Hindmon in 1966 and Rev. John Mack (Moe) Paulk in 2013; and son, Ronald H. Hindmon in 1988. Survivors include a son, Larry W. Hindmon and his wife Louise of Fort Gaines, GA; two sisters, Lois Lee and her husband Billy and Betty Purser all of Rockmart; brother, Rev. Billy Swift and his wife Shirley of Rockmart; three grandchildren, Gwen (Chris) Tant, Reva Moreno and Brittney Hindmon; and four great-grandchildren, Gabe Tant, Wyatt Tant, Jayden Negrette and Liam Dunwoody. Funeral services for Mrs. Paulk will be held on Friday, March 2, 2018 at 11:00 a.m. in the chapel of the Freeman Harris Funeral Home with Rev. Billy Swift and Rev. Mark Purser officiating. Interment services will follow in the family lot of Aragon Cemetery. The following gentlemen will serve as pallbearers: Butch Thompson, Doug Singleton, Darrell Lee, Ashton Hughes, David Purser, William Purser, Ed Burnley and Jeff Swift. Honorary pallbearers will be great-grandchildren: Gabe Tant, Wyatt Tant and Jayden Negrette. The family will receive friends at the funeral home on Thursday evening, March 1, 2018 between the hours of 5:00 and 7:00 p.m. Freeman Harris Funeral Home is in charge of the funeral services for Mrs. Dorothy Brittain Hindmon Paulk.

The family of Mrs. Dorothy (Brittain) Hindmon Paulk created this Life Tributes page to make it easy to share your memories.

Send flowers to the Paulk family.