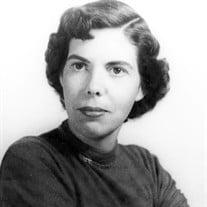 Mrs. Faye Peacock Wolfe, age 86 of Rockmart passed away Friday morning, June 30, 2017. Hers was a cheerful disposition and she was never so happy as when surrounded by friends and loved ones. Mrs. Wolfe was born August 19, 1930 in Rockmart, in the family home on the corner known as Peacock Corner back then. She was the daughter of the late Dave Peacock and the late Velma Browning Peacock. She was a member of the First Baptist Church of Rockmart and a graduate of the Rockmart High School Class of 1948. Mrs. Wolfe earned her Master’s Degree in Education from the University of West Georgia and went on to retire from the Polk School District with 24 years of faithful service. She was a military wife and followed her beloved husband to various posts, such as Fort Sam Houston, Fort Bragg, Fort Stewart and Stuttgart, West Germany. She served her country quietly like military wives do with little recognition. In her twilight years, she was overjoyed to learn her family history and of her grandfather’s service in the Army of Northern Virginia. She was preceded in death by her husband, SFC William Edward Wolfe, Jr. on October 8, 1995; son, Robert E. (Bobby) Wolfe; and a brother, Billy Peacock. Survivors include two sons, David Wolfe and his wife Grace of Acworth and Joe Wolfe of Rockmart; and two grandchildren, Shelby Chumley and August Wolfe. Funeral services for Mrs. Wolfe will be held on Sunday, July 2, 2017 at 4:00 p.m. in the chapel of the Freeman Harris Funeral Home with Rev. Wayne Rice officiating. Interment services will follow in the family lot of Rose Hill Cemetery. The following gentlemen will serve as pallbearers: Mitchell Mason, Tony Broome, Bobby Podskoc, Dewayne Yates, Thor Chumley, Zach Culver and Larry Barnes. Honorary pallbearers will be: Bobby Gurley, Donald Mintz and Bruce Albea. The family will receive friends at the funeral home on Sunday prior to the service between the hours of 2:00 and 3:30 p.m. Freeman Harris Funeral Home is in charge of the funeral services for Mrs. Faye Peacock Wolfe.

Mrs. Faye Peacock Wolfe, age 86 of Rockmart passed away Friday morning, June 30, 2017. Hers was a cheerful disposition and she was never so happy as when surrounded by friends and loved ones. Mrs. Wolfe was born August 19, 1930 in Rockmart,... View Obituary & Service Information

The family of Mrs. Faye P. Wolfe created this Life Tributes page to make it easy to share your memories.

Send flowers to the Wolfe family.