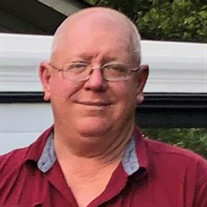 Mr. Harry “Buddy” Weston Chappell, III, age 62 of Cedartown, passed away Wednesday, May 27, 2020. He was born March 6, 1958 in Rome GA the son of Betty Ann Steele Chappell and the late Harry Weston Chappell, Jr. He was a graduate of Rockmart High School Class of 1976, he went on to attend ABAC in Tifton and received his Bachelors in Dairy Science from the University of Georgia. He moved to Florida and managed the family dairy farm and in later years he moved back to this area to be near his family and was the manager of Haney’s Farm and Ranch. Buddy was a member of the Rockmart First United Methodist Church. He was preceded in death by his father, Harry Weston Chappell, Jr. Survivors include two daughters and sons in laws, Rachel and Kristian Ortiz of Canyon Lake, CA and Bonnie Chappell and Corey Schwall of Stuart, FL; son and daughter-in-law, Ian and Tara Chappell of Stuart, FL and their daughter, Jaden Chappell; mother, Betty Ann Chappell of Rockmart; sister, Carol Ann Cochran of Rockmart and longtime girlfriend, Janice Brannon Alliston of Cedartown. A memorial visitation for Buddy will be held Saturday, June 27, 2020 at 225 Vinson Mountain Road, Rockmart, GA 30153, between the hours of 3:00 and 5:00 p.m. Freeman Harris Funeral Home of Rockmart is in charge of arrangements for Harry Weston Chappell, III.

The family of Mr. Harry W. "Buddy" Chappell, III created this Life Tributes page to make it easy to share your memories.