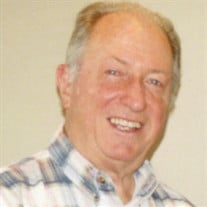 Mr. Harry Weston Chappell, Jr., age 92 of Rockmart passed away Tuesday morning, August 14, 2018. Mr. Chappell was born August 28, 1925 in Columbia, South Carolina, son of the late Harry Weston Chappell, Sr. and the late Mary Riley Chappell. He graduated from Cartersville High School and earned his Bachelor’s Degree in Textile Engineering from Clemson University where he played football and basketball. Mr. Chappell was a veteran of the United States Navy and a member of the Rockmart First United Methodist Church. He retired from the Goodyear Tire and Rubber Company with over 40 years of service. After retirement, he obtained his real estate license and was a co-founder of the Rockmart Lions Club. He enjoyed woodwork, was a handyman who could fix anything, loved photography and his grandchildren. In addition to his parents, he was preceded in death by his son-in-law, Robert Lee Cochran on April 20, 2018; and three sisters, Emily Padgett, Betty Smith and Barbara Chappell. Survivors include his wife, Betty Ann Steele Chappell of Rockmart to whom he was married September 18, 1955; daughter, Carol Ann Chappell Cochran of Rockmart; son, Buddy Chappell and Janice Alliston of Cedartown; six grandchildren, Katie (Thomas) Humphrey, Julianna (Jason) Greenawalt, Weston (Amy) Gosa, Ian (Tara) Chappell, Rachel (Kristian) Ortiz and Bonnie Chappell and her fiancé, Corey Schwall; and nine great-grandchildren. The family will receive friends at the funeral home on Saturday evening, August 18, 2018 between the hours of 5:00 and 7:00 p.m. Memorial services for Mr. Chappell will be held at later date at the Rockmart First United Methodist Church. The family has requested that flowers be omitted and memorial donations be made to the Rockmart First United Methodist Church, P. O. Box 152, Rockmart GA 30153 in memory of Mr. Chappell. Freeman Harris Funeral Home is in charge of the memorial arrangements for Mr. Harry Weston Chappell, Jr.

The family of Mr. Harry W. Chappell, Jr. created this Life Tributes page to make it easy to share your memories.