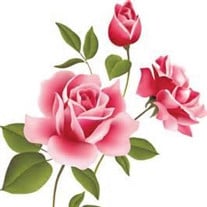 Mrs. Ima Fay Kennedy, age 95 of Rockmart, passed away Wednesday, December 2, 2020. Mrs. Kennedy was born September 10, 1925 in Polk County, daughter of the late Charles Lee Howell and the late Corine Campbell Howell. She attended school in Rockmart and graduated in Atlanta. Her modeling career started at an early age and took her to the Barbizon in New York City. Back to Atlanta, she and James Talerico, II, married and a had a son, James “Jimmy” Talerico, III who was born September 2, 1948. She was a fashion model for the Rich’s Department Store for many years and attended Second Baptist Church of Rockmart. Her family remembers Fay as a kind and dear lady, her beauty always came through her loving heart. In addition to her parents, she was preceded in death by her first husband, James Talerico, II; her second husband of 17 years, Carson N. Kennedy, who preceded her in death on September 24, 2004; her son, James “Jimmy” Talerico, III; and two sisters, Vernelle Jones and Edna Autry. Survivors include a niece, June McCullough of Rome; and three nephews, Mack Garner of Loma Linda, California and Frankie Garner and Freddie Garner both of Marietta. Funeral graveside and interment services will be held Saturday, December 5, 2020 at 2:30 p.m. in the Yorkville Baptist Cemetery with Mrs. June McCullough delivering a eulogy. The family asks that all guests and family members attending the service to please practice social distancing and wear a mask. Freeman Harris Funeral Home is in charge of the funeral graveside service for Mrs. Ima Fay Kennedy.

The family of Mrs. Ima Fay Kennedy created this Life Tributes page to make it easy to share your memories.

Send flowers to the Kennedy family.