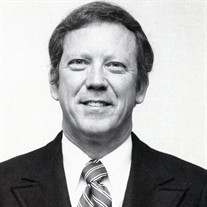 Mr. Jesse Carlton Duke, age 87 of Rockmart, GA passed away Thursday, August 11, 2016. Mr. Duke was born February 1, 1929 in Meriwether County, son of the late Albert Dewey Duke and the late Amanda Lori Robinson Duke. He attended the schools in Polk County, Georgia, was a graduate of Shorter College and received his ministerial degree from Southeastern Seminary. He began his ministry as pastor of Holly Springs Baptist Church in 1959 and received his appointment by the Southern Baptist Foreign Mission Board in 1963, serving in the Middle East until 1977. Following his retirement, he served many churches in various positions. He was a member of the First Baptist Church of Rockmart. Mr. Duke was preceded in death by two daughters, infant Jessica Carol Duke and Judy Duke Reed. Survivors include his wife, Annie Ruth Cohran Duke of Rockmart to whom he was married March 11, 1946; a daughter, Teresa Duke Reed and her husband Norman of Rockmart; son-in-law, Stephen Reed of Atlanta; brother, Richard Bruce Duke of Rockmart; two sisters, Sybil Duke Wright of Franklin and Nell Duke Baldwin of Rockmart; seven grandchildren and thirteen great-grandchildren also survive. Memorial services for Mr. Duke will be held on Saturday, August 27th at 12 noon in the First Baptist Church of Rockmart with Dr. Greg Thompson officiating. Eulogies will be given by family members. Interment services will follow in the family lot of the Antioch Baptist Church Cemetery. The family will receive friends at the church on Saturday, August 27th prior to the service from 11:00 a.m. until the memorial hour. The family requests that those wishing to do so, may make memorial donations to the First Baptist Church, Whole Heart Building Fund, P. O. Box 388, Rockmart, GA 30153 or to the First United Methodist Church, P. O. Box 152, Rockmart, GA 30153 in memory of Mr. Duke. Freeman Harris Funeral Home is in charge of the memorial services for Mr. Jesse Carlton Duke.

The family of Mr. J. Carlton Duke created this Life Tributes page to make it easy to share your memories.

Send flowers to the Duke family.