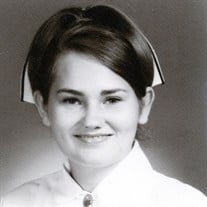 Jacqueline “Jackie” Kay McKenzie Adair Jackie was a Christian who loved her Lord, family and church family. Jackie was preceded into eternal life by her dad, Harry Eldon McKenzie, Sr.; mother, Betty Ruth Stewart McKenzie; and brother, Harry “Lucky” McKenzie, Jr. Jackie was born on March 8, 1950 in Knoxville, Tennessee and went to be with her Lord Sunday, September 3, 2017. Jackie was a member of the First Baptist Church of Rockmart, Ga. where she served as the chairman of the Women’s Ministry and was a teacher of an adult Sunday School class. Jackie also led many Bible studies for the women. Jackie also was a member of the adult choir and the WMU. As a member of the First Baptist Church of Powder Springs, Jackie was a member of the choir, Sunday School teacher and GA leader. Jackie was also involved in the clown and puppet ministries where she shared her talents not only locally but also on mission trips throughout the Southern and Eastern United States. She performed as Bluebird the Clown. Jackie was a Registered Nurse having received her RN from St. Mary’s School of Nursing of Knoxville, TN and her BSN from Breneau University in Gainesville, Ga. Jackie was also a CNA. Jackie worked at Cobb General and Paulding Memorial Hospitals as a floor nurse, surgical nurse and in ICU. Jackie taught nursing assisting for 16 years in Cobb County. She was also the Medical Assisting Director and teacher for Chattahooche Technical College for ten years. Jackie is survived by her husband of 47 years, Jerry Adair, Sr.; their son, Reverend Jerry Adair, Jr and his wife Kim of Calhoun, Ga; their daughter, Jennifer Kay Adair of Lithia Springs, Ga; her brother, Joe McKenzie and his wife Susie of Madison, Alabama. Jackie is also survived by three precious grandsons: Jerry “Jay” Adair, III, Joshua David Adair and Jonathan Daniel Adair. The Homecoming service for Jackie will be at the First Baptist Church of Rockmart on Tuesday, September 5, 2017 at 2:00 p.m. with the Rev. Jerry Adair, Jr., Rev. Mike Woods and Rev. Jason Odom officiating. Interment services will follow at Rockmart Memorial Gardens. The following will serve as pallbearers: “Jay” Adair, Josh Adair, Ronald Lovell, James Campbell, Art Summers and Rev. Alan Davis. Honorary pallbearers will be Jonathan Adair, Dan Casey, Johnny Groover, Charles Perry, Mickey Statham and Brenda Lovell. The family will receive friends at the funeral home on Monday, September 4, 2017 between the hours of 6:00 and 8:00 p.m. In lieu of flowers, the family requests that donations be made to one of the following to help them reach people for Christ: First Baptist Church of Rockmart, Trinity Baptist Church of Calhoun or First Baptist Church of Powder Springs. Freeman Harris Funeral Home is in charge of the funeral services for Mrs. Jacqueline “Jackie” Kay McKenzie Adair.

The family of Mrs. Jacqueline "Jackie" Kay Adair created this Life Tributes page to make it easy to share your memories.

Jackie was a Christian...

Send flowers to the Adair family.