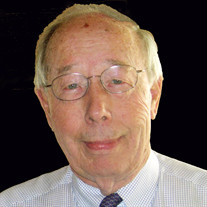 Joseph Noland Kinney, also known as Joe, Daddy, and Poppy Joe, passed away peacefully on April 25, 2017, the 69th anniversary of his and Ruth’s wedding date. He leaves a legacy of kindness, integrity, faithfulness, and hard work to his wife Ruth, his children ( Carol and Greg Stewart, Scott and Janice Kinney, Steve and Judy Kinney and Bob and Becky Kinney) his grandchildren (Stacy and Derek McDaniel, Jennifer and Chad Barner, Julie and Cameron Thomsen, Kerri and Jonathan Earwood, Kristen, Tommy, David and Kade Kinney), and his great-grandchildren (Drew and Annie McDaniel, Chloe and Caleb Barner, Madeline Thomsen, and Griffin, Grayce and Maryann Earwood). Joe was born on January 18, 1926, in Rockmart, Georgia, to Ernest Hobart Kinney and Eva Noland Kinney. His mother died when he and his brother, Hobart, were young, and he always gave credit to his grandmother, Mattie Lou Hulsey Kinney for raising him after that. He joined Rockmart First Baptist Church in 1938 and has been a true and faithful member for the entire 79 years since, serving as a deacon for many of those years. Joe was married to Ruth Hutcheson, the love of his life, for 69 years. Together they lived and worked in their beloved town of Rockmart throughout their marriage. There they raised a family, owned and operated a hardware store, worshipped at First Baptist and cherished their many friends. He also contributed time and leadership to various civic, school, and church groups, including Rockmart Little League, Kiwanis Club, and the RHS Touchdown Club. Joe was proud and humbled to have served our country in the U.S. Army during World War II. After being drafted on his 18th birthday, he crossed the Atlantic on the Queen Mary and fought on foot in the Battles of the Bulge, Central and Southern Germany and the Rhine. He was awarded the Purple Heart for the wound he sustained there and remained intensely patriotic throughout his life. Whenever and wherever he encountered the American flag, he always paused to salute. After the war and a couple of years at the University of Georgia, Joe went to work for the Morgan family at Morgan Hardware Co. He later bought the business from them and prospered there for 53 years. Joe and Ruth were able to enjoy some wonderful years of travel during their retirement. They visited all fifty U.S. states and twenty-one foreign countries. Special memories were made traveling with their dear friends, Bill and Ann Keller and Hugh and Jean McRae. Family and friends will gather at First Baptist to remember Joe and what he meant to so many people. A visitation is scheduled in the Great Room of the church on Wednesday, April 26, from 5 to 8 P.M. A service will be held in the sanctuary of the First Baptist Church on Thursday, April 27, at 2 P.M. with Rev. Jason Odom and Dr. Bill Heaton officiating. After that, his grandsons and grandsons-in-law will have the honor of carrying him to his final resting place on top of Rose Hill overlooking his beloved town of Rockmart. Honorary Pallbearers will be: Ronald Brackett, Allen Bullard, Glenn Campbell, Dan Casey, Donald "Duck" Mintz and Hugh McRae. American Legion Brown-Wright Post #12 Honor Guard will be in charge of military graveside rites. In lieu of flowers the family respectfully requests memorial contributions be made to the Whole Heart Fund at the Rockmart First Baptist Church, P. O. Box 388, Rockmart GA 30153. “…well done, thy good and faithful servant; you were faithful over a few things; I will make you ruler over many things. Enter into the joy of the Lord.” Matthew 25:21 Freeman Harris Funeral Home is in charge of the funeral service for Mr. Joseph Noland "Joe" Kinney.

Joseph Noland Kinney, also known as Joe, Daddy, and Poppy Joe, passed away peacefully on April 25, 2017, the 69th anniversary of his and Ruth&#8217;s wedding date. He leaves a legacy of kindness, integrity, faithfulness, and hard work... View Obituary & Service Information

The family of Mr. Joseph N. "Joe" Kinney created this Life Tributes page to make it easy to share your memories.

Send flowers to the Kinney family.