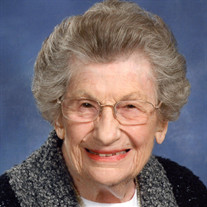 Katie Frances Matteson Dunaway died following a brief illness on Monday, November 26, 2018, surrounded by family in Charlotte, North Carolina. Kit (also known as Kiki) was the daughter of the Rev. Benjamin Comstock Matteson and Mary Magdalene Price Matteson and was born in Milstead, Georgia, on January 19, 1923. She was preceded in death by her beloved husband of 54 years, Marson Gale Dunaway, Jr., her parents, brothers Robert Myers Matteson and Benjamin Charles Matteson, sisters Ann Garrard, Lou Jones, and Mary Califf, and is survived by her sister Harriette Spears. She is also survived by her son John Marson Dunaway (Trish) of Macon, Georgia, and daughter Gale Dunaway Kinney (Phil) of Charlotte, North Carolina, as well as grandchildren Michael Dunaway (Gates), Katie Anderson (Scott), Jenny Clark (Chris), Matt Kinney (Martha), and Joe Dunaway (Lauren). Great-grandchildren include Jack, Audie, Marion, and Charlie Clark; Will and Sarah Kate Anderson; Liam and Clara Kinney; Clary and Johnny Dunaway; and Mary Frances, Ellie, and Georgia Dunaway. In 1950 Mr. and Mrs. Dunaway moved to Rockmart, Georgia, where she lived until moving to Charlotte in 2008. A lifelong Methodist and daughter of a Methodist minister, she was a woman of faith and loved her church. She and Marson enjoyed bridge and travel, and she was a voracious reader. A true wordsmith, she worked crossword puzzles to her final days. She used her creative gifts in sewing and needle-work, writing poems (jingles, she insisted), drawing and painting, and cooking for the family. She always took the time to admire beauty of all kinds, God’s creativity in nature and human creativity in art, literature, and music. The qualities she will be remembered for are unconditional love, a heart for others, a love of life, a sense of fun and a quick wit. The family thanks God for every remembrance of her. We wish to express our thanks to Providence Presbyterian Church in Charlotte, its pastors Walt McCanless and Lal Rodawla, and friends who have comforted the family. In lieu of flowers, memorial gifts may be made to Rockmart First United Methodist Church, Levine and Dickson Hospice House at Aldersgate, in Charlotte, or a favorite charitable organization. The funeral service will be at Rockmart United Methodist Church at 11:00 a.m. on Friday, November 30, 2018, with the Reverends David Autry and Martha Dye officiating. Interment services will follow in the family lot of Rose Hill Cemetery. Pallbearers will be Michael Dunaway, Matt Kinney, Joe Dunaway, Chris Clark, Scott Anderson, Jack Clark, and Will Anderson. Honorary pallbearers include Liam Kinney, Charlie Clark, and Johnny Dunaway. The family will receive friends at Freeman Harris Funeral Home in Rockmart from 7:00 to 8:30 p.m. on Thursday, November 29, 2018. Freeman Harris Funeral Home is in charge of the funeral services for Mrs. Katie Dunaway.

The family of Katie Frances Dunaway created this Life Tributes page to make it easy to share your memories.

Send flowers to the Dunaway family.