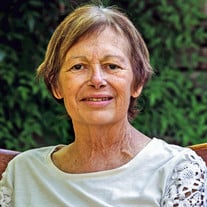 Mrs. Laraine Moore Moon, age 58 of Rockmart, Georgia passed away Wednesday morning, May 11, 2016 after an extended illness. Mrs. Moon was born June 25, 1957 in Rockmart, daughter of Willie Jo Cornwell Moore and the late Alvin Moore. She was a graduate of the Rockmart High School Class of 1974, earned her Bachelor of Science degree from Maryville College and her Master’s degree from the University of West Georgia in 1983. Mrs. Moon was an educator with the Polk School District for 36½ years and was a member of the Hillside Church of Silver Creek. Laraine loved Harley Davidson motorcycles and riding bicycles, but her greatest love was her family, grandchildren and many friends. Survivors include her husband, Randy Moon to whom she was married March 11, 1978; daughter and son-in-law, Jessie and Matt Johnson of Rockmart; two sons and daughters-in-law, Drew and Kaleigh Moon of Buchanan and Steven and Lindsey Moon of Rockmart; mother, Willie Moore of Rockmart; sister, Reconda “Connie” Moore of Rockmart; five grandchildren, Maelie Moon, Matilda Moon, Easton Johnson, Emerson Johnson and Amos Moon also survive. The family will receive friends at the funeral home on Friday evening, May 13th between the hours of 6:00 and 9:00 pm. Funeral services for Mrs. Moon will be held on Saturday, May 14th at 2:00 p.m. in the chapel of the Freeman Harris Funeral Home with Rev. Steve Arrington officiating. A eulogy will be given by Mr. Kent Mathis. Interment services will follow in the family lot of Polk Memory Gardens. Mrs. Moon will lie in state at the funeral home on Saturday prior to the service from 12 noon until 1:30 p.m. The following gentlemen will serve as pallbearers: Donnie Wright, Kent Mathis, Joe Henderson, Jeffrey Whyte, Eddie Etheridge and Mark Lumpkin. Freeman Harris Funeral Home is in charge of the funeral services for Mrs. Laraine Moore Moon.

The family of Mrs. Laraine Moore Moon created this Life Tributes page to make it easy to share your memories.

Send flowers to the Moon family.