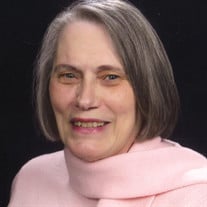 Mrs. Valerie Joyce (Jerzak) Everette, age 75 of Kaysville, Utah formerly of Rockmart, Georgia passed away Saturday, July 22, 2017. Mrs. Everette was born November 10, 1941 in Hinsdale, Illinois, as the only child of Victor and Helen (Shewchuk) Jerzak. She spent her childhood in Illinois where she graduated from Proviso East High School. She went on to attend Northern Illinois University and Berry College in Rome, Georgia. She married Michael K. Singleton in June of 1962 in Winfield, Illinois and later divorced. In January of 1974, she married Deryl C. Everette, Sr. of Rockmart. She was an active member of the The Church of Jesus Christ of Latter-Day Saints and had a passion for family history. She valued the time she spent with her family and friends and was always willing to lend an ear to listen. Her compassion was one of her greatest traits both as a mother and a wife. In addition to her parents, she was preceded in death by her husband, Deryl C. Everett, Sr. on October 21, 1993. Survivors include her sons, Geoff (Bennie) Singleton, Clifford (Elaniea) Singleton, Chris (Joan) Singleton and Deryl (Patty) Everette, Jr.; daughters, Vanessa (Chris) Coats, Cheryl Ruebel and Heather (Ryan) Cracroft; 24 grandchildren and many great-grandchildren. Funeral services for Mrs. Everette will be held on Saturday, July 29, 2017 at 2:00 p.m. in the chapel of the Freeman Harris Funeral Home with Rev. Don Garmon officiating. Interment services will follow in the family lot of Rose Hill Cemetery. The family will receive friends at the funeral home on Saturday prior to the funeral service from 12 noon until 1:30 p.m. In lieu of flowers, the family requests that donations be made to the National Multiple Sclerosis Society for continued research and treatment options. Myers Mortuary of Ogden, Utah is in charge of the out to town arrangements. Freeman Harris Funeral Home is in charge of the local funeral services for Mrs. Valerie J. Everette.

The family of Mrs. Valerie J. Everette created this Life Tributes page to make it easy to share your memories.

Send flowers to the Everette family.