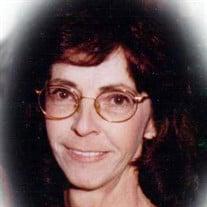 Mrs. Wanda Potter Wheeler, age 66 of Aragon passed away Thursday afternoon, September 21, 2017. Mrs. Wheeler was born May 11, 1951 in Chattanooga, Tennessee, daughter of the late Eleber A. Potter and the late Imogene Sumner. She was a graduate of the Scottsboro High School Class of 1969 of Scottsboro, Alabama and a member of the Victory Baptist Church of Rockmart. Mrs. Wheeler retired from Diamond Rug & Carpet in Aragon with 25 years of service. In addition to her parents, she was preceded in death by her step-father, Wallace Sumner. Survivors include her husband of 48 years, Arnold Wheeler of Aragon to whom she was married September 6, 1969; two sons and daughters-in-law, Jeremy and Destiny Wheeler and Justin and Jayme Wheeler all of Rockmart; step-mother, Catherine Adkins of Scottsboro, Alabama; three sisters, Pauline Shropshire of Portage, Indiana, Katrina Patty of Tupelo, Mississippi and Pam Little of Scottsboro, Alabama; brother, James “Buddy” Potter of Birchwood, Tennessee; and five grandchildren, Noah Wheeler, Silas Wheeler, Corbin Wheeler, Jasper Wheeler and Suesanna Wheeler. Funeral services for Mrs. Wheeler will be held on Sunday, September 24, 2017 at 2:00 p.m. in the chapel of the Freeman Harris Funeral Home with Rev. Barry Snapp officiating. A eulogy will be given by Mr. Jeremy Wheeler. Interment services will follow in the family lot of the Aragon Cemetery. The following gentlemen will serve as pallbearers: Jeremy Wheeler, Justin Wheeler, Noah Wheeler, Mack Wheeler, Elliott Wilson, Shane McDonald, Chan Statham and Aaron Coalson. Honorary pallbearers will be: Silas Wheeler and Corbin Wheeler. The family will receive friends at the funeral home on Saturday evening, September 23rd between the hours of 6:00 and 9:00 p.m. Freeman Harris Funeral Home is in charge of the funeral services for Mrs. Wanda Potter Wheeler.

Mrs. Wanda Potter Wheeler, age 66 of Aragon passed away Thursday afternoon, September 21, 2017. Mrs. Wheeler was born May 11, 1951 in Chattanooga, Tennessee, daughter of the late Eleber A. Potter and the late Imogene Sumner. She was a graduate... View Obituary & Service Information

The family of Mrs. Wanda Potter Wheeler created this Life Tributes page to make it easy to share your memories.

Send flowers to the Wheeler family.